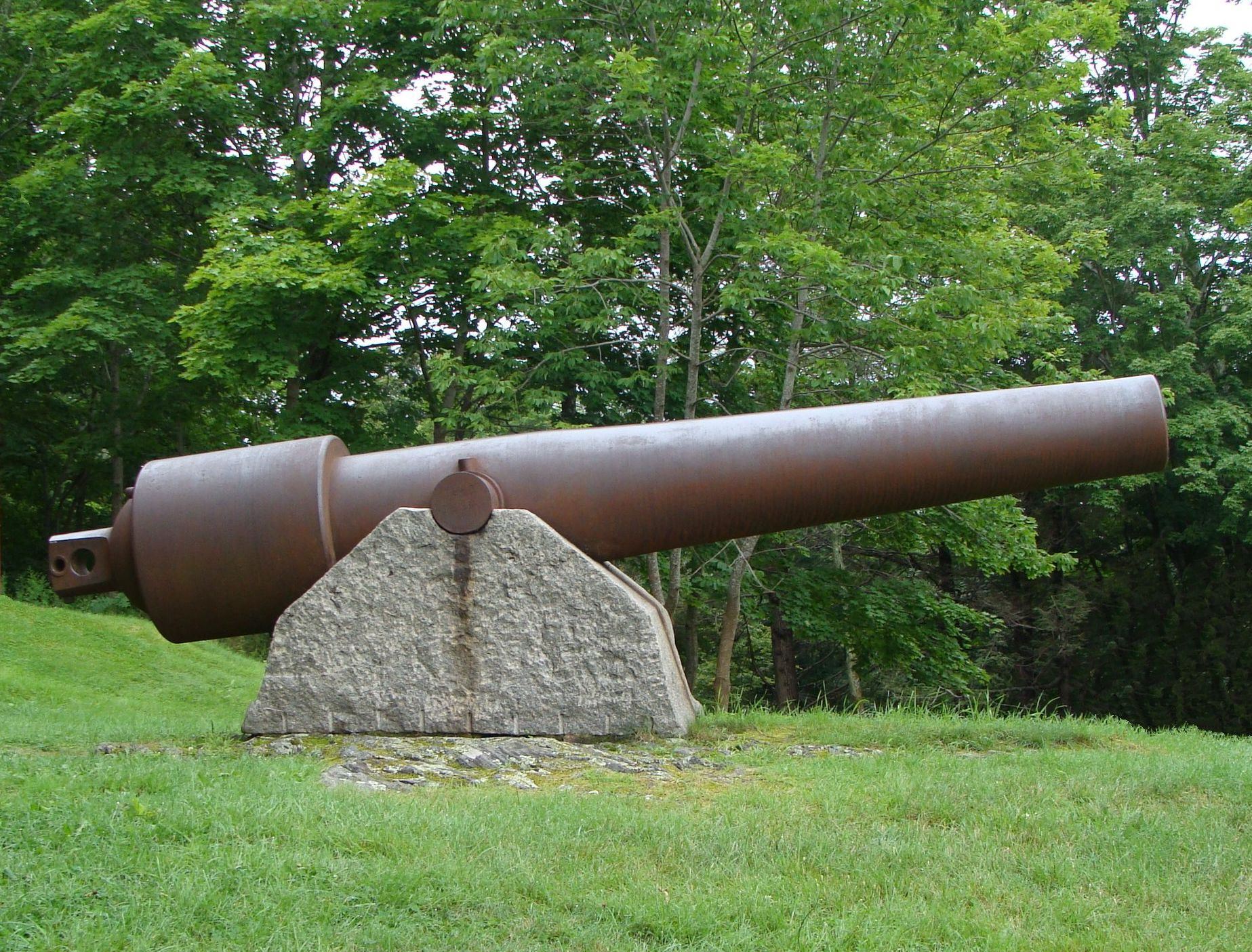 York’s 6.4” Parrott rifle naval cannon is a muzzle-loading, rifled barrel artillery weapon made at the West Point Foundry in Cold Spring, New York. Unlike cannons with a smooth bore, this artillery piece had spiral groves (rifling) cut along the barrel bore’s length, much like a modern rifle or pistol. Smooth bore cannons were more like shotguns and not very accurate at longer range. However, both types were used extensively in the American Civil War.

Three of these 6.4" Parrott Rifle naval cannons were donated to the York Village selectmen in 1897. Of those three, the Town has one left and today it sits on Gaol (Jail) Hill between the WWI memorial tablet and the Old Jail. York had no other war monument of any kind in 1897 and that makes our cannon York’s first war monument. Because this cannon was cast in 1863, the same year as the pivotal battle of Gettysburg, the cannon is also York’s only 100%, top to bottom Civil War monument.

York’s other two 100 pounder Parrott Rifle cannons were carried off for the 1942, WWII scrap drive to serve their country in another war.

This cannon weighs 9,672 pounds and when elevated to 25 degrees and using a 10 pound, black powder charge could shoot a 100 pound shell 3.92 miles with a 29 second flight time. At sea, this naval cannon required a 17 man crew to operate and like all naval artillery, it was painted gloss black.