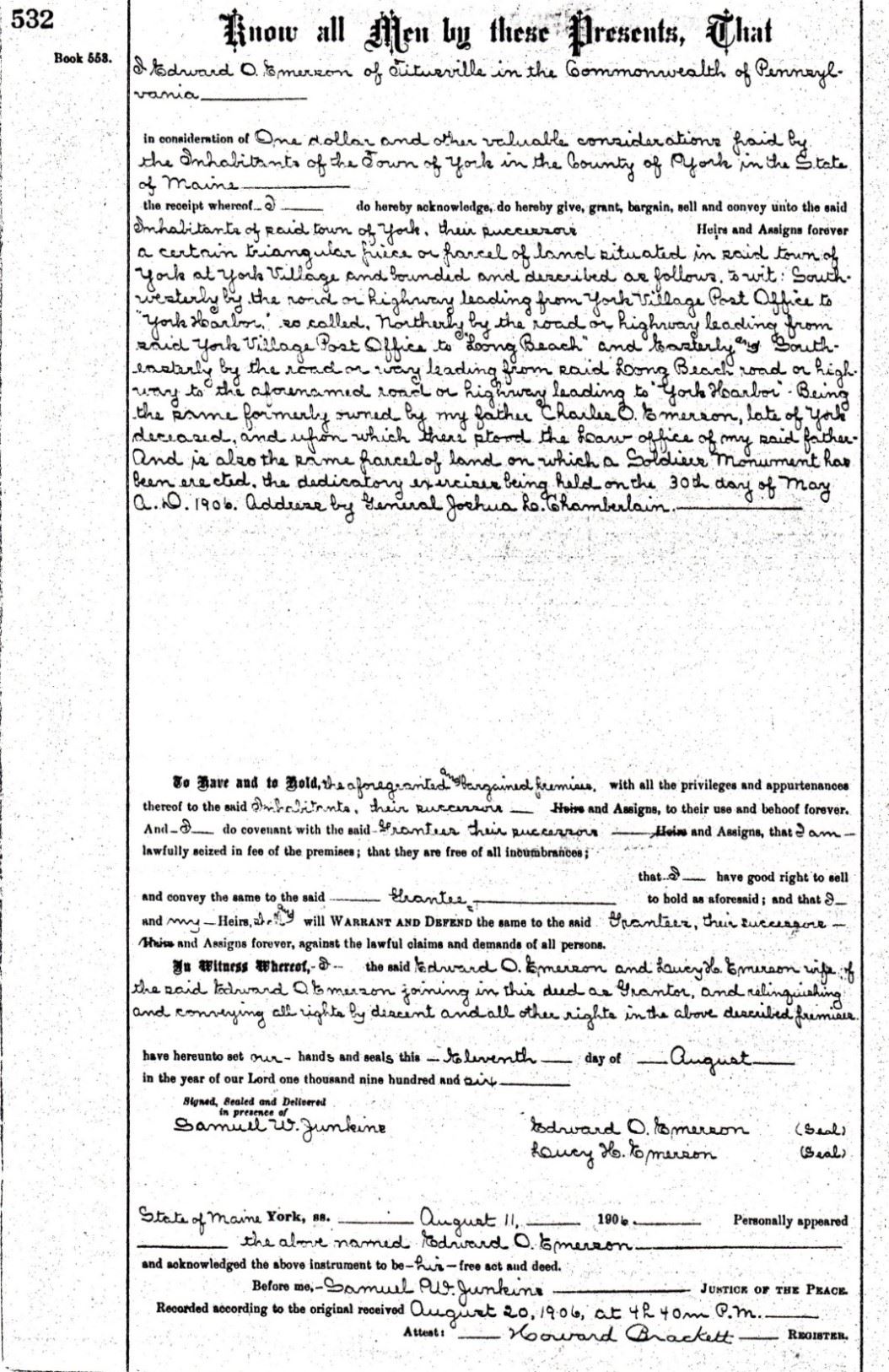 Know all Men by these Presents, That

I Edward O. Emerson of Titusville in the Commonwealth of Pennsylvania In consideration of One Dollar and all other valuable considerations paid by the Inhabitants of the Town of York in the county of York in the State of Maine the receipt whereof I do hereby acknowledge, do hereby give, grant bargain, sell and convey unto the said Inhabitants of said town of York, their successors Heirs and Assigns forever a certain triangular piece or parcel of land situated in said town of York at York Village and bounded and described as follows, to wit: South-westerly by the road or highway leading from York Village Post Office to “York Harbor,” so called, Northerly by the road or highway leading from said York Village Post Office to “Long Beach” and Easterly and South-easterly by the road or way leading from said Long Beach road or highway to the aforementioned road or highway leading to “York Harbor” – Being the same formerly owned by my father Charles O. Emerson, late of York deceased, and upon which there stood the Law office of my said father. And is also the same parcel of land on which a Soldiers Monument has been erected, the dedicatory exercise being held on the 30th day of May A.D. 1906. Address by General Joshua L. Chamberlain.

Signed, Sealed and Delivered in presents of

State of Maine York, ss. – August 11, 1906. Personally appeared the above named Edward O. Emerson and acknowledged the above instrument to be his free act and deed.

Before me, Samuel W. Junkins Justice of the peace